Working alongside locals, refugees from five countries help remove tonnes of plastic waste from Cairo’s shores while building links to the local community. 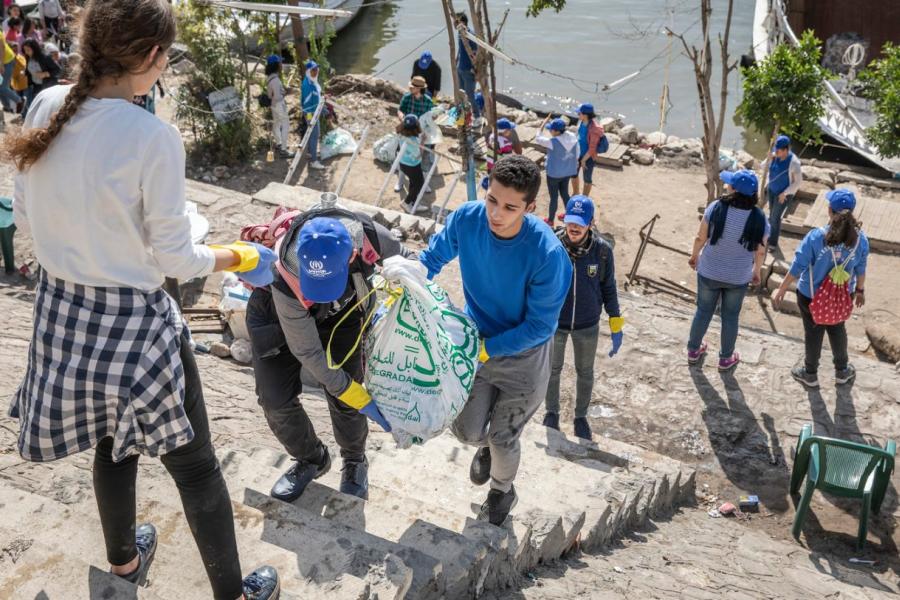 Having initially only come along to look after his daughter and her friend on the two-hour journey to and from home, the communal clean-up brought back memories of his childhood near Damascus. Twice a year his family would join the local community to clean up the Awaj, or “crooked river”, that flowed near their home to the south of the Syrian capital.

“It took me back to the same feelings I experienced in Syria,” explained Mohammad, who fled the conflict with his wife and five children in 2013 and came to Egypt. “Growing up, I watched my parents clean the river. They set an example for me that I hoped to pass on to my children, but unfortunately, we fled Syria when they were too young.” 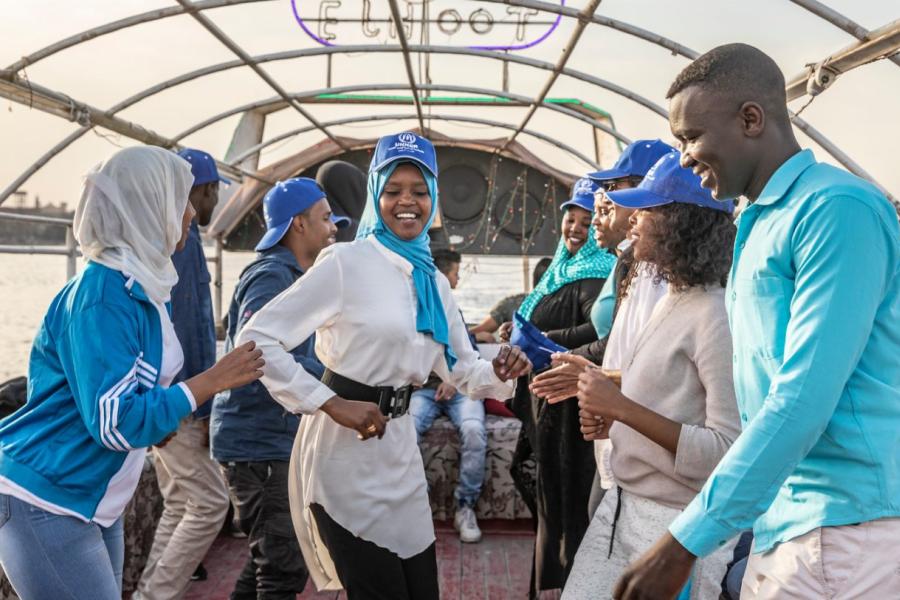 Mawadda (centre) and Omar (right) relax on a boat after the clean-up is over. © UNHCR/Pedro Costa Gomes
Photo | UNHCR Egypt

Mohammad was one of 50 refugee volunteers from Syria, Sudan, Ethiopia, Somalia and Yemen who joined 800 local Egyptians to help clean up this busy stretch of the Nile. Egypt is currently host to 247,499 registered refugees and asylum seekers, with more than half having fled Syria’s eight-year conflict.

The clean-up effort was organized by VeryNile, an Egyptian initiative that aims to promote environmental awareness and reduce plastic pollution in the river through trash collections and other eco-friendly activities.

Dubbed Egypt’s lifeline, the blue contours of the Nile cut through the country’s desert landscape from south to north, sustaining swathes of fertile green land along its banks. It is the country’s main source of fresh water, providing over 90 percent of its needs.

But population growth and increased economic dependency on the river in the 11 countries that make up the Nile Basin are straining its resources. Alongside climate change, pollution poses a serious threat to the river’s ecosystem.

“It changes people’s perceptions of us. 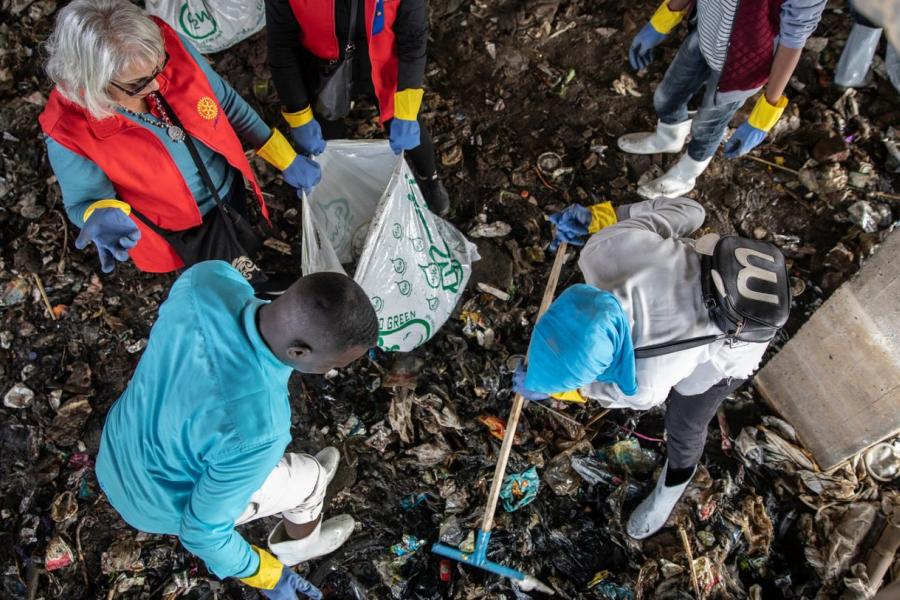 Refugee volunteers joined forces with locals to assist in the clean-up effort.

UNHCR, the UN Refugee Agency, supported the clean-up efforts by providing equipment and mobilising volunteers from across the different refugee communities in Egypt.

Working in the shadow of Abbas Bridge, Sudanese refugees Mawadda and Omar scoop trash from the water with large plastic rakes. Both in their early 20s, the two friends established a youth initiative to help other Sudanese refugees engage with their local communities.

By joining in the trash collection alongside young Egyptians, Omar hopes their exertions will send a positive message about refugees.

“It changes people’s perceptions of us,” he said. “Today, volunteers will go back home and tell their parents that refugees from different communities helped them clean the Nile, and this will change their understanding of us to the better.”

For one Egyptian, 34-year-old Sarah Hassan, the experience of working side-by-side with refugees was a positive one. “This was the first time I participated in an activity where refugees were present,” she said. “By helping us clean the Nile, they prevented harm from coming to us.”

“We wanted to give something back.”

By the end of the day the volunteers had removed 11.5 tonnes of trash from the Nile, which was collected in huge piles before being transported to a recycling hub in Cairo. Beyond the benefits to the environment, the event helped build understanding and new friendships between refugees and members of their host communities.

“Egypt has bestowed a great favour upon us, and we wanted to give something back,” Mohammad said.

Working with the Government of Egypt, UN agencies and NGO partners, UNHCR helps refugees and asylum-seekers in the country to access vital services including healthcare, education and vocational training. The agency also promotes social cohesion between refugees and the  host community in cooperation with local institutions.