With support from the Green Climate Fund and UNDP, Egypt is protecting its people and its economy from the devastating impacts of sea-level rise.

Children run after each other with kites flying along Egypt’s Nile Delta. Families and friends enjoy the scenery as they enjoy an afternoon picnic. Just a few miles away, farmers work in their fields of green. These diverse crops will feed millions of Egyptians. Throughout the region, cities buzz with people coming and going from factories and offices, playing football with their families, and building the economic engine that will support the nations’ goals for low-carbon climate-resilient development.

Now imagine if this got impacted negatively. The Nile Delta hosts 18 million citizens – almost a quarter of Egypt’s population — as well as countless businesses, economic sectors, farms and more.

The effects are already being felt. Consider the example of Aziz, who lives with his family in a humble home in the coastal city of Kafr ElSheikh governorate, 130km north of Cairo.

“Fishermen and farmers were afraid of going to work,” says Aziz, “because of the water’s rising levels that cover the shore during the storms.”

Aziz’s observations have been backed up by scientific reports. According to a 2007 report by the Intergovernmental Panel on Climate Change (IPCC), the Nile Delta is one of the world’s most vulnerable areas when it comes to sea-level rise, extreme weather conditions, and other factors worsened by climate change.

This region accounts for more than half of Egypt’s economic activity through agriculture, industry and fisheries. The Nile Delta alone contributes about 20 percent of Egypt’s GDP.

Egypt studied the results and worked with international partners on solutions to protect vulnerable areas and their people.

To address these issues, the Egyptian Ministry of Water Resources and Irrigation partnered with the United Nations Development Programme (UNDP) and the Green Climate Fund (GCF) – the world’s largest dedicated climate fund – to launch a new climate project.

With the project’s help, 17 million people will be protected from coastal flooding with the installation of 69 kilometers of low-cost dikes system across the Nile Delta shores. They have been designed to look like natural coastal features and/or sand dunes.

The dikes will be stabilized with a combination of reed fences and local vegetation species to encourage dune growth by trapping and stabilizing blown sand. These coastal protection measures will reuse existing dredged materials that would have otherwise been deposited in the marine environment.

“We realized that the rising water reaches us because there were no measures to protect our lives and properties,” said Aziz.

The number of extreme weather events inducing casualties and economic losses has increased significantly in Egypt over the last 10 years. Aziz has witnessed strong storms never seen before.

So far, 10 percent of the dikes have been installed. They were put to the test in December 2020, when the country witnessed one of the severe storms, including heavy rain and strong winds. People could personally see how extreme weather could be deadly if the country isn’t prepared. The dikes passed the test and blocked the unexpected sea surge at Nile Delta shores.

The physical solution is not the only way to address the negative impacts of climate change. An Integrated Coastal Zone Management (ICZM) plan will be implemented to make the area’s economic, social, and agricultural activities climate resilient. The plan will include establishing a system to monitor changes in sea levels and the impact of climate change on coastal erosion and shore stability.

Coastal development community activities are being delivered in different locations throughout the project intervention area. For example, an agriculture drainage system - located north of Bar-Bahry - will improve the productivity of approximately 1,000 acres north of the coastal highway and raise income for at least 500 families.

An urban drainage system in Al-aqoula village will protect the main roads from excessive rains. This will positively improve the quality of life for the entire village of 1,500 inhabitants, and facilitate their access to services such as schools, religious venues, markets and transportation.

Landscape and leisure zones will be rehabilitated and fortified within the coastal protection works north of the new Damietta city. This will establish a new concept for Egypt to maximize the benefits of coastal works to be not only to defend against floods and erosion, but also to use the prime location of the protection works along coastal areas to support leisure activities. This support has the potential for high social impacts for local communities and will improve the general landscape along the coastal area.

The project is also creating capacity building programs for governmental staff, including training programs and workshops for governmental staff and coastal governrates: North Sinai, Port Said, Damietta, Kafr el Sheikh, Dakahlia, Behira, Alexandria and Matrouh. This will provide local leaders with the tools and training they need on integrated coastal zone management, computer and technology tools, and team-building skills, while at the same time preparing them to establish the coastal committees that ultimately will be responsible for implementing the ICZM plan in the coastal governorates.

As for Aziz, he says the work is already having an impact.

“Farmers are back to the field after the project was implemented. We saw the change when we woke up to find that water was blocked from reaching us, our fields, and our homes,” says Aziz. “With this [project] in place, we hope our children will have a safe future.” 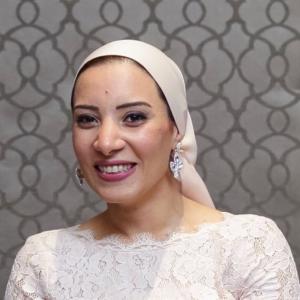