A young girl with a message to fellow girls, parents and her community.

“I wish that parents would give their daughters a chance to find themselves and develop their talents. I wish all mothers and fathers would be like mine,” wrote Samaa Marghany, 13 years old, in her one-minute film which she also directed and narrated.

At the first row of Samaa’s film premiere, sits her mother Hanan and her father Marghany along with her sisters Yomna, 23 years old, Manar, 19 years old  and Yasmine, 9 years old.  The public screening of Samma’a film is taking place at a local association in Aswan where she lives with her family.

Do you understand me?

Samaa has a passion for art and acting and wants to pursue a career in filmmaking.  She is eager to help girls and boys have a better life, and she believes that her films will be contributing to a certain message; that “Lots of people don’t know how to raise children, yet they still have them.  I want to be able to raise awareness on what children really need”.

Samaa’s eyes sparkle with determination as she passionately speaks on a number of issues that she wants to help change in her community.  She wants girls to have free choices in life and pursue their dreams.  As she attempts to insist on her points, Samaa repeats the question: “Do you understand me?”  Her ambition remains that every girl is enabled to communicate openly with her parents and gets their support in pursing her aspirations.

“I wish to ask a question, why don’t we get close to our daughters, talk and discuss with them, why do we give girls dos and don’ts? Why can’t I do something because I am a girl?  Parents should help their daughters, not discriminate between them and boys.  I wish all parents will give their daughters a chance to find themselves and develop their talents,” says Samaa.

Encouraged by her mother and older sister, Samaa has actively engaged with her peers in Dawwie’s interventions including storytelling circles, intergenerational dialogue, and digital literacy training to speak up on issues of their concern.

Hanan, Samaa’s mother, is a school teacher. She recalls being told by some of her relatives not to expect to be congratulated for giving birth if the baby was a girl!  For Hanan, this terrible moment made her even more determined to ensure that her girls get the best start in life and develop in a caring family which boosts their opportunities.  Her journey was not easy. Hanan was criticized by some of her extended family members for simply allowing her elder daughter Youmna to travel to a different city, where she obtained her university degree.

In addition, Hanan also had to convince Yomna’s father to accept that their daughter starts a modeling career.

Hanan says she is indeed proud of her four girls. When asked to comment on Samaa’s film, Hanan added with her eyes filled with tears of joy: “I am very happy for Samaa and her sisters.  I feel that all what I have worked very hard for is coming to fruition.  My girls are what they want to be, and they are pursuing their goals with persistence and confidence, ” said Hanan. 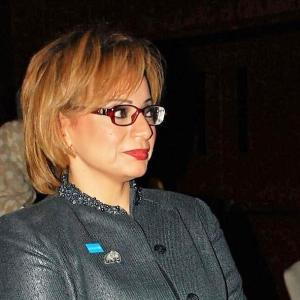